To avoid the hassles of trying to find a place to park, it’s a good idea to jump on the train when heading to a ballgame at historic Wrigley Field in Chicago.  It also provides for some interesting sites “on the way.”

Riding in on the train gives you a chance to soak in the true feel of what going to a baseball game in a neighborhood park is all about. It reminds me of old Forbes Field in Pittsburgh which sat in the Oakland neighborhood. I went there as a kid with my dad and it had that same feel as many of the old ballparks did in those days…something they’re trying to re-create with the new parks.

Wonder if the people who live here are baseball fans?          Pretty sure these people are.

Walking around the park “on the way” to the game…love it! 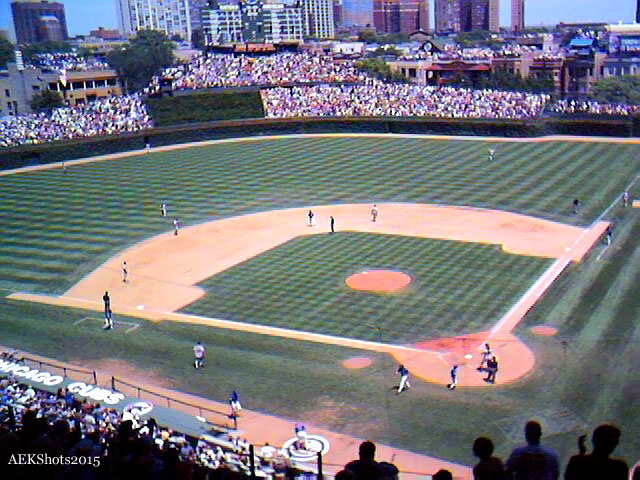 For more shots of this week’s challenge, click here.