We’ve been pretty lucky here in Pittsburgh to have had quite a few great sports teams and players over the years.  To me there’s one player that I admired and really stood out from the rest.  He wore number 21 and was known as ‘The Great One’ …Roberto Clemente. 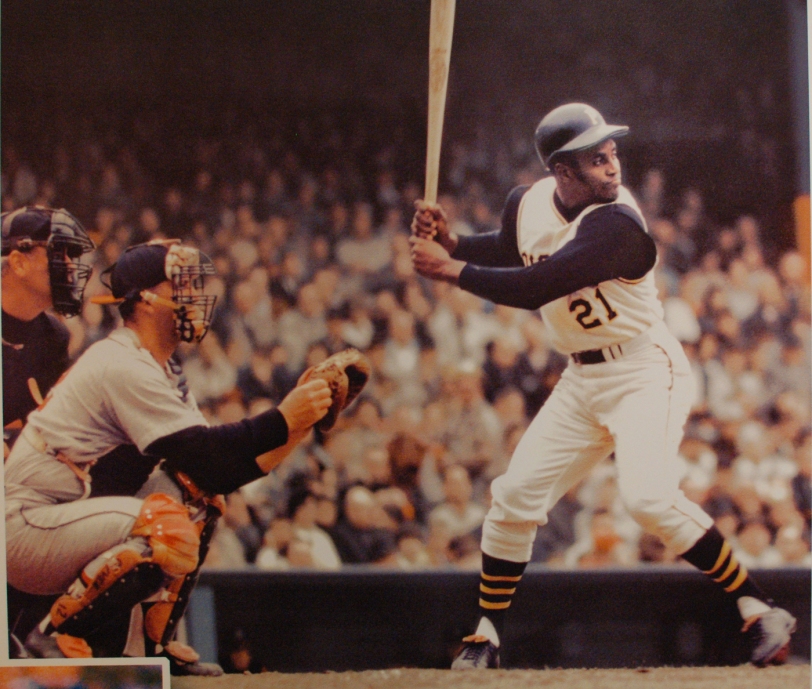 You could just see there was something about him…he seemed to have this majestic presence.  He also had a cannon of an arm and it was always a treat to see him uncoil a throw from deep right field and nail a runner who was foolish enough to try to take an extra base on him.

His story is well known now of how he died in a plane crash on New Year’s Eve 1972, trying to bring food and supplies  to help earthquake victims in Nicaragua.  I not only had admiration for the way he played the game but also for the selfless person that he was off the field.

The picture above is one of many of Roberto on display at the Heinz History Center in Pittsburgh.

For more posts from this week’s photo challenge, click here.