Our take on Future is what Ann-Christine suggested for this week’s Lens Artists Challenge.  I usually don’t like to look too far ahead but I can take a peek a few months down the line…

The snow is slowly melting away and there’s another baseball season right around the corner. 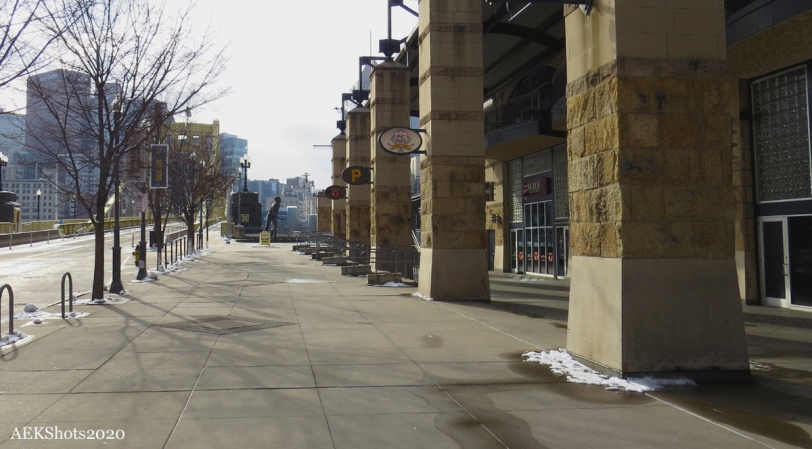 In the not so distant ‘future’, fans will be strolling across the Clemente bridge again heading to opening day. 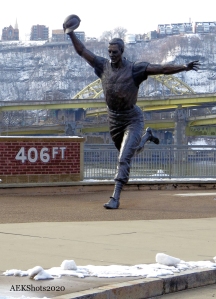 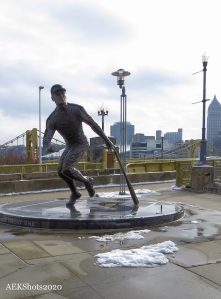 Seeing the statues of Maz, Roberto and Willie will evoke memories of seasons past when we actually competed for first place.  The current ownership’s approach of trying ‘to catch lightning in a bottle’ with players who are projects or prospects is a little disappointing.  As a fan, it’s pretty much gotten to the point of hoping to stay interested until August when Steeler training camp opens. 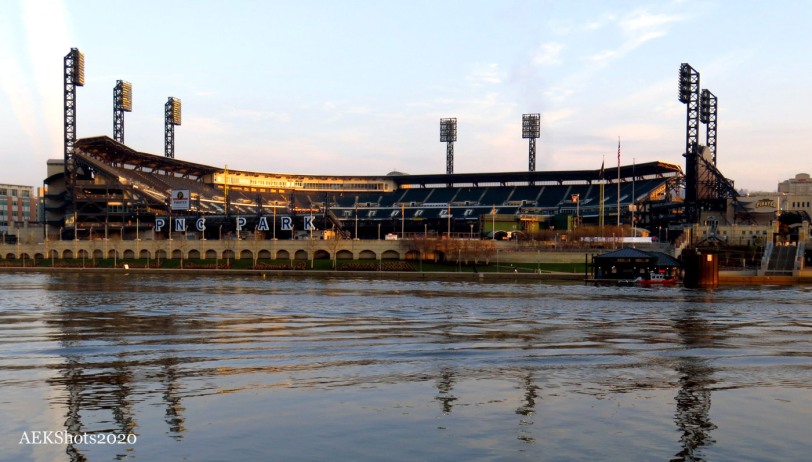 But hey, it’s still baseball and you never know what the ‘future’ holds for the hometown team.  One thing’s for certain…we’ll be tied for first place when the season starts…Let’s Go Bucs  🙂

Thanks to Anne-Christine for this week’s Lens Artists Challenge.